The recent case of Wärtsilä Australia Pty Ltd (ACN 003 736 892) v Primero Group Ltd (ACN 139 964 045) & Ors [2020] SASC 162 demonstrates the importance in checking contractual provisions before relying on cloud-based services such as Dropbox or OneDrive to provide documents in cases where timeframes are important, as merely providing a link may not satisfy the requirements under contract or statute.

Very often commercial agreements, especially those regarding long-term contracts for a construction project or an ongoing service, will have clauses regarding the provision of documents from one party to the other.

Like most contracts, there were timeframes to be complied with, both within the contract and in statute. Subcontractor Works Completion was a defined stage in the contract, which involved a number of things to be checked off, but relevantly required “the tests, inspections and commissioning required by this subcontract … Schedule 3) to have been carried out before SW Completion have been carried out, passed and the results of the tests, inspections and commissioning provided to the Contractor” and that “the completed quality assurance documentation … is available for inspection by the Contractor at the Facility Land”.

On 28 February 2020, an email was sent from the Primero Group to Wärtsilä containing a hyperlink to a OneDrive folder of documents contemplated in the previous clause. However, due to technical issues involving the sheer volume of the documents, the documents were not actually downloaded properly until 2 March 2020.

Primero Group then served Wärtsilä with a payment claim under the Building and Construction Industry Security of Payment Act 2009 (SA) on 2 March 2020 allegedly supported by a reference date of 28 February 2020. Wärtsilä served a payment schedule saying nil owed and that the payment claim was not supported by a reference date. Primero Group went to adjudication and succeeded, being awarded approximately 15 of the claimed $85 million claimed, which led to Wärtsilä applying to the Supreme Court of South Australia for an order quashing that determination.

Like many adjudications challenged in Court, the case turned on the question of the reference date and whether a valid one had arisen.

No valid reference date = No valid payment claim = No jurisdiction for the adjudicator to award any sum to Primero Group.

His Honour Justice Stanley relevantly stated that “a common sense and businesslike construction of the contractual requirements that the documents be provided and are available for inspection necessarily requires that the documents were capable of being downloaded on 28 February 2020. I find they were not.”

Justice Stanley also made reference to several other cases from both the Queensland Supreme Court and the Federal Court, and indicated that while the contents of the email were sent, it is not the same as sending the things that the link may lead to.

If the documents had been capable of being downloaded easily by Wärtsilä, but Wärtsilä simply never clicked on the link on 28 February 2020, there is a question as to whether the outcome would be different. But the technical issue was a sufficient barrier for Justice Stanley to quash the adjudication decision.

It is important, therefore, if one is relying on cloud-based document systems such as Dropbox and OneDrive in a commercial venture, to make sure that the underlying contract provides clarity on their use and timing as well as to take thorough steps in checking that the documents can actually be accessed as broader statutory provisions and case law will likely support a stricter approach.

It is clear that it is important to ensure that provisions of a contract are being complied with and your risk is being minimized. At any stage in a matter, be it negotiations and pre-contractual discussions, performance, or in the unfortunate event of a dispute, speaking to a qualified commercial lawyer can allow you to save time ad money in the long term.

If you need legal advice on areas of commercial law, litigation, building and construction or dispute resolution, call us on 08 8231 6100 or email: 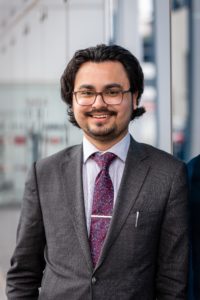